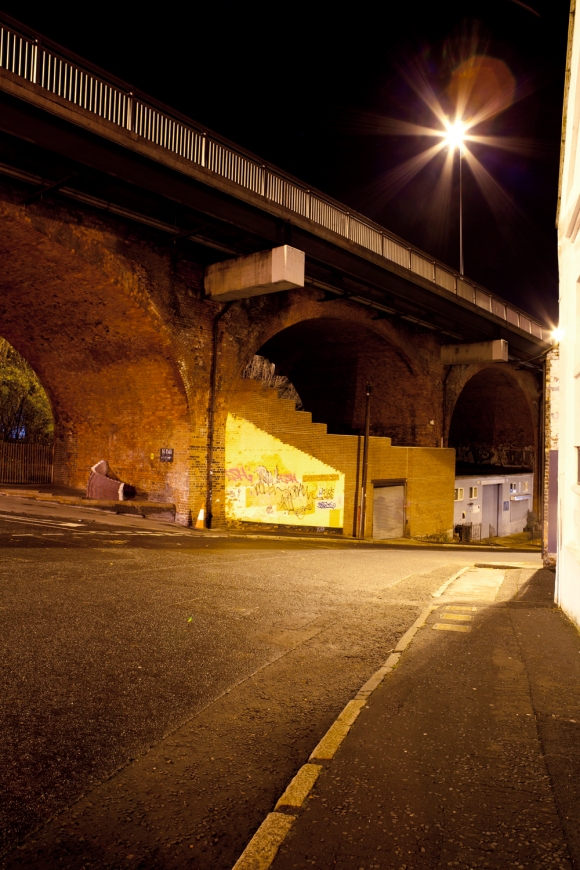 Summer Holidays – Memoir, Men who live Under the Drains and Mango Stones with Googly Eyes…

Well, it’s five in the morning again, and everyone else is still asleep upstairs.

I’m presuming you’ve all heard that saying: “I can’t see the wood for the trees.”

It’s a reasonable metaphor for the last couple of months, that’s for sure. Or perhaps something about treading water, not realising the undercurrent is ready to drag me under. Mmm…maybe something about drowning…

And yet it really was all so simple six months ago. The publishing industry is changing. It’s on its knees. Every e-mail I get regarding publishing is obsessed with the dangers of the digital world; how e-books, i-books, kindles and the like are going to strip them of their paper based products, leave them sitting on a mountain of old books that nobody wants to buy anymore and they can’t afford to pulp. We’re in the middle of these two huge publishing worlds and I wanted to jump to the world that had the future on its side rather than the past. And I don’t mean write a book, prepare it for kindle and wait for the millions to come flooding in. I don’t actually know anyone who has a kindle yet. I’ve never even seen one. I decided to start my own publishing company. No more sending out manuscripts to agents and publishers and crossing fingers for six months. No more feeling let down because others aren’t putting as much effort in as you think they should. No more months and months of uncertainty, of the woman in the post office raising her eyebrows as you arrive with yet another bundle to post away. Of exhaustive relief at having secured a contract and then needing to wait a year before the book comes out because the publishers are too busy with dozens and dozens of others. 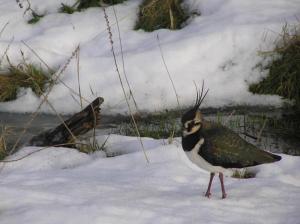 A Lapwing down the Dene (not in summer)

I settled on a name, eventually; Lapwing Books. They visit the dene at the bottom of my road every year. They symbolise beauty and freedom. I walked by them so often when Anna was diagnosed with cancer. They represent the healing power of nature; illustrate how you pay so much more attention to detail, to the things that used to literally fly over your head beforehand – when you think someone you love is going to die.

And so; printing and distribution of ‘Andalucía’ – my soon to be published memoir about falling in love and surviving cancer, that alternates between Israel and the English coast, spanning two decades of excitement, adventure and friendship…

The first company I chose was the cheapest. Their website looked good. But someone told me they were terrific or terrible and never anything in-between. And then I found a wave on and jumped on it; a company called Lightning Source. But this wave, one that ensures good quality books, decent profit and just as importantly shipping with Amazon within 1-2 days all over the world, has started to crash. Amazon has pulled the plug. They’ve started their own printing and distribution company and presumably are trying to force authors over to their side. Now, many books with Lightning Source don’t ship from Amazon for 2-3 weeks. Sales, understandably, have plummeted. My timing could have been better. This wave had been going strong for ten years.  Amazon’s CreateSpace meanwhile, offer terrible profits if you’re not selling primarily in America, or not selling your book at an inflated price to scrape something back for yourself. And so, with recommendations from Red Squirrel Press and Barry Stone (who self-published and sold thousands of his great book ‘Barking at Winston’), I’m trundling up the road to Berwick, to Martins the Printers, an independent family owned printers who’ve been in the game since 1892. I’ll have to sort out getting books to Amazon myself. I have, however, signed contracts with Lightning source for Australia, America and EBooks. And I’m going to turn ‘Andalucía’ into a kindle book myself, somehow. Do I understand what I’m doing? Well, some of it. There seems to be some light up ahead at least.

And it’s not just ‘Andalucía’ I have to concentrate on. In four weeks I need to have finished compiling my book of writing and art from three Durham prisons – ‘Shattered Images and Building Bridges.’ I’ve been writer in residence at HMP Frankland for over three years, at HMP Durham for a year, and I’ve done three creative projects at HMP Low Newton. That’s a maximum security prison, a local remand prison and a woman’s prison; all completely different in their set-up and atmosphere. The writing and art I’ve collected is fantastic; some beautiful, some hard-hitting – the best collection I’ve ever seen. That should be published in October, the month after ‘Andalucía.’

And then there’s the kids. We haven’t got any money for a holiday this summer, and I can’t afford to take time off work anyway. The most we’re getting is a weekend camping in the mother-in-laws garden. Any money there was went to Gibraltar and Andalucía with us, when we got married in April. The kids have decided they want to write a book too. I’ve told them I will spend at least one morning or afternoon with each of them these summer holidays. And if they finish their books I will publish them properly. Isla’s dressing up mango stones with googly eyes and chocolate wrapper dresses, using seeds as stones, rice as snow. Joe’s writing about people who live under the drains because the pavements stink of rotten cheese. 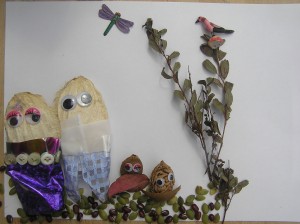 Hopefully their books will be finished and published by Christmas. And that will be four books published by Lapwing Books within four months. I think I’ll have earned a week off by then. Has a five-year old ever had a book published before? Or an eight-year old? I haven’t got time to look into it. The rest of the family are beginning to stir. I have to make tea and warm milk. Then it’s off for a cycle to Tynemouth and back at seven o’clock. I’ve signed up to do the Great North Bike Ride in a few weeks and promised to do the Coast to Coast at the end of September. Like I haven’t got enough to do. It looks like these summer holidays are going to fly by…